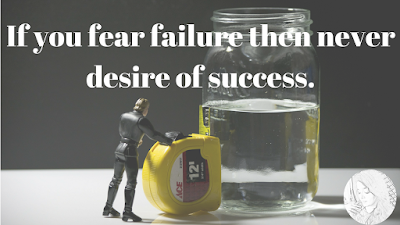 Major thing where we lack is that we want our life’s to be smooth going i.e. it should only have happiness and success but no difficulties and failures which is a wrong aspect as there is no value of happiness without sorrows.

” Ups and downs in life are very important to keep us going, because a straight line even in an E.C.G. means we are not alive “well said by Ratan Tata.

So, we need to understand that failures are equally important and a part of life as success and happiness are.
If you have been rejected or disappointed time and time again, it is perfectly fine as this shows you are on the right path towards success.

Well Colonel Harland Sanders, founder of Kentucky Fried Chicken (KFC), was also rejected a lot of time and also had to face failures a number of time. But he never took his failures as the stopping stone in his life rather he made those failures as the life changing moments. Colonel Harland is a good example for showing us that “Confidence and hard work is the best medicine to kill the disease called failure. It will make us successful person as well. “

I would like to mention some of incidents from colonel’s life stating every failure is just a lesson to learn.

When Colonel was six, his father passed away leaving Sanders to cook and care for his siblings from there his love for cooking developed. In seventh grade, he dropped out of school and left home to go work as a farmhand. At 16, he faked his age to enlist to U.S.A army. After being honourably discharged a year later, he got hired by the railway as a labourer. He got fired for fighting with a co-worker. With many such failures he continued to work hard and try as much as he could in various fields. It wasn’t until age 40 that he began selling chicken dishes in a service station. As he began to advertise his food, an argument with a competitor resulted in a deadly shootout. Four year later, he bought a motel which burned to the ground along with his restaurant. Yet this determined man rebuilt and ran a new motel until World War II forced him to close it down. His recipe was rejected 1,009 times before anyone accepted it. Sander’s “secret recipe” was coined “Kentucky Fried Chicken” and quickly became a hit.

And he pursued his dream of spreading KFC franchise and hiring KFC workers all across the country. After years of failures and misfortunes, Sanders finally hit it big. KFC expanded internationally and he sold the company for two million dollar (US$23 billion (2013)).

We need to understand that every person has his own failures and fights to fight, but his is in common that everyone has some or the other failures in this life, which is also clear from Colonel’s life story.

“If you fail, never give up because F.A.I.L. means “First Attempt in Learning.” End is not the end; in fact E.N.D. means “Efforts Never Dies.” If you get N.O. means “Next Opportunity.”

So, start seeing good in everything as every bad or negative thing has something good or positive. Summing up with a nice quote by A.P.J. Abdul Kalam “Failure will never overtake you if your definition to succeed is strong enough. “

Guys, if you find my blog helpful than please comment down the topics on which you want me to blog next.

Popular posts from this blog 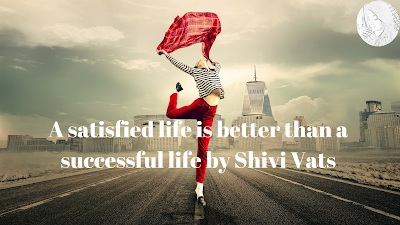 As Dr. APJ KALAM said “A satisfied life is better than a successful life. Because our success is measured by others. But our satisfaction is measured by our own soul, mind and heart. “ We all know this , but still almost all of us are unable to follow this in our life as all of us are looking for a successful life and not a satisfying life but why would you relate to my words but STEVE JOBS one of the most successful person , we all know . So I would like to state some important statements from his death bed speech which will surely insist you to think over your life and your goals. Deathbed Speech of Jobs....   “I reached the pinnacle of success in the business world. In other’s eyes, my life is an epitome of success. At this moment lying on the sick bed and recalling my whole life, I realize that all the recognition and wealth that I took so much pride in, have paled and become meaningless in the face of impending death.  Non-stop pursuing of wealth will onl
Read more

Achieve success by turning your obstacles into opportunity .

If your past is haunting you or you are unable to take that step forward in your life   , worrying about the obstacles that may come up your way   , then this blog is for you …. It just takes one right thought to start something new that me difficult , different or out of the way , but what matters is that it interests you ,so you just need a new attitude and a new approach towards the adverse situations or conditions to make it possible and successful . Talking so much about obstacles have we ever questioned ourselves   what actually are these obstacles which hinder our ways to success     ? “Obstacles are what we see when we take our eyes off the goals .“ well said by actor  Chris Burke . We should not allow minor obstacles to distract us .        ·        We should  focus on what we can do rather than what we can’t .          ·        We should use obstacles as a means to become better or think of creative ways to overcome it .    ·        Developing righ
Read more

3 ways to live a more successful , happy and contented life . 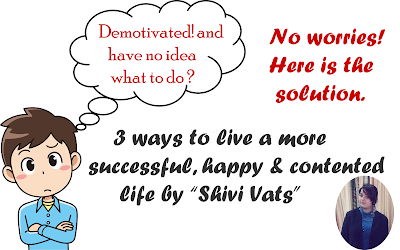 These days everyone is busy doing and following what most people are doing and are actually unsatisfied , demotivated with their life’s as most people are . So, here I would help you with 3 main habits that may help you become more efficient in your work as well as your life that would provide you happiness and contentment in your life   .  1   MORNING HABITS    : The most important part of our day is morning as it is the beginning of the day and the beginning should always be the best. . Like ways breakfast is considered the most important meal of the day same way we need to give special importance to our morning habits. So,  further I classify it in three sub habits   . A)  M editation :- We should start our day firstly with a positive thought and then instead of worrying about the day and the problems we should meditate for few minutes. Meditation is a very relaxing and peace experiencing activity and not something spiritual     . B )  Exercise :-  Secondl
Read more